A blog of wide and varied interest, including Islam, Muslims, Poetry, Art and much more.

Archive for the category “Prayer”

Habib Umar bin Hafidh | Loci of Goodness in the Ummah

All You Have to Do Is Want It Dr. Shadee El-Masry

A Talk After the Elections by Habib Omar

Selections from Hadiths | Your Lord is Kind and Most Generous 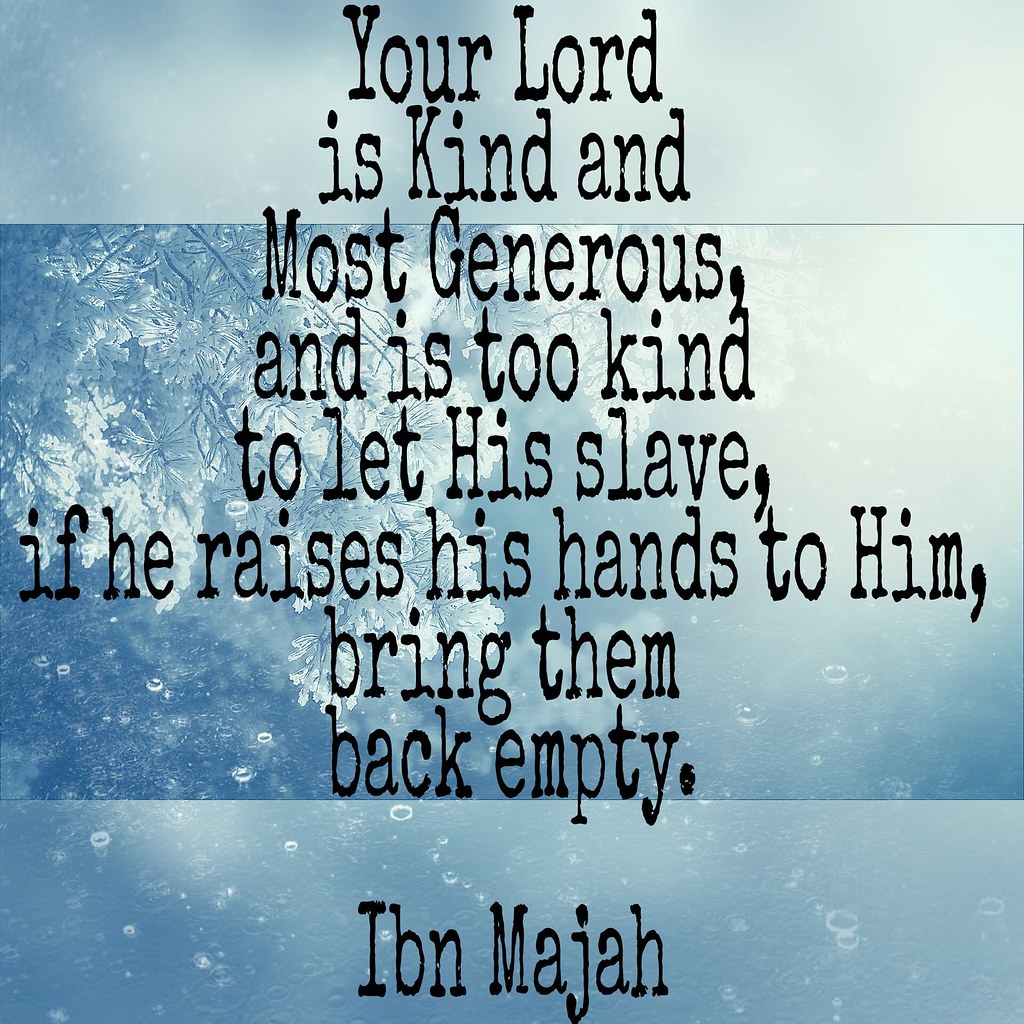 Are You One of Those Sufis? by Mohamed Ghilan

Imam Abū Hāmid Al-Ghazzāli in his Deliverance from Error talks about having investigated all the intellectual discourses in order to find certainty. The only discourse he couldn’t intellectually comprehend was that of the Sufīs. He read their books and tried to figure it out, but eventually acknowledged that this was one discourse that can’t be intellectualized – it must be realized. That’s the meaning of his statement:

Islam is a tradition about obtaining a state. This is embedded within the name of the religion, which unlike others is not named after a person or location. It’s a state where those who see you are automatically reminded of God. If the only way you remind people of God is through your tongue, know that your state hasn’t really been transformed by the statements you utter. People ask what Sufism is, wondering if it’s about dancing and whirling or asking dead people in their graves for blessings or just hanging out with the brothers or sisters and singing nasheeds. It’s none of that. Sufism is the transformation of Sharīa (outward practices of Islam) into Haqīqa (inward reality of Islam). It’s the transition from statements into states. It’s the movement of knowledge from your brain into your heart. It’s the transformation of seeing the world using your sight into seeing it using your insight. It’s the beginning of an intellectual acknowledgement of Nothing Worthy of Worship Except God (Lā Ilāha Illa Allah) and ending with complete consciousness of that acknowledgement with your whole being (to worship God as if you see Him and if you don’t see Him know that He sees you).

It’s unfortunate that many Muslims have developed a type of allergy towards anything that carries the scent of Sufism. This is in much the same way that many Muslims have also developed a type of allergy to anything that carries the scent of Salafism. Both of these terms are constantly used by scholars of Islam to indicate different realities – Sufism as that of an internal realization, and Salafism as that of an external one. An important principle in Islamic jurisprudence states that judgment of a thing is a branch of conceptualizing it. If the conceptualization is faulty, it’s highly likely that the judgment is also faulty.

The heart of Sufism is about setting on the path of fulfilling the Quranic commands to leave the outward of sin as well as the inward of it (Al-Anaam 6:120). It’s about having a constant concern over the state of one’s heart, because when all is said and done, only a sound heart will be of benefit (Ash-Shuara’ 26:88). Sufism is about taking the recitation of the Quran with the tongue and turning it into a recitation with the heart. It’s about adhering to the Sharia not because of an ulterior motive of obtaining Paradise or avoiding Hell, but because God is deserving of it. It’s the ultimate realization of the love of God and fearing not His punishment, but His not accepting our always deficient prayer and fasting. It’s the hope that He accepts our repentance for not being able to fulfil his due rights upon us. This type of worship and relationship with God is what Imam An’Nawawi, in his commentary on his 40 Hadith collection, calls the Worship of the Free People as opposed to the Worship of the Slaves or the Worship of the Merchants.

In the current age of Islamic discourse that focuses on the rewards that await the believers and punishments that await the transgressors, this supplication of Rābi’a is usually met with great apprehension. Many have misunderstood it to indicate a belittling of Paradise and Hell. However, what Rabi’a showed here was her complete submission to her Lord, seeking nothing in return but His acceptance. It’s a realization of her answer to a simple, yet profound question: if you knew that Paradise and Hell didn’t exist and once you die you will not come back, would you still worship God?

This language of love is usually lost upon the ones who go through life treating their relationships as balance sheets with assets and liabilities. Meanwhile they forget the verses praising those who seek the highest calling:

And who has a better religion than one who submits themselves entirely to God while doing good?  (An-Nisa’ 4:125)

And do not drive away those who call upon their Lord in the morning and the evening, they desire only His favour. (Al-Anaam 6:52)

And withhold yourself with those who call on their Lord morning and evening desiring His goodwill. (Al-Kahf 18:28)

And whoever submits themselves wholly to God while doing excellent work has indeed taken hold of the firmest thing upon which one can lay hold
(Luqman 31:22)

True knowledge of God, and in turn awe of Him – This is the final end every Muslim is seeking. When looking upon the world, most people are amazed by its harmony, balance, and overall beauty. Sufism is about turning that amazement by the Creation into amazement by the Creator. A Sufī is one who doesn’t see the effects or the material causes of these effects. A Sufī sees the efficient cause behind it all. Rather than seeing it as a creation, a Sufī sees it as a manifestation of the attributes of God. Sufism is the path of transcendence from the physical to the metaphysical, and seeing the metaphysical within the physical. A Sufī is at heart a Salafi who adheres to Sharīa as a means to attaining this Haqīqa.

Mufti Menk | Youth in a Daze, Lost in a Maze